Back in summer 2019, I was running a sailing program in Brooksville, ME. At the same time, my cousin Chance was finalizing his first album – so we decided to shoot this dance video for one of his singles in an old chapel nearby.

It was a pretty minimal production: the building had no electricity so we were working with natural light and some candles, and the crew consisted of myself and Chance. We were on set for a total of two hours or so.

The two of us having no choreography experience, we asked our friend (and NYC Ballet dancer) Eliza Blutt to improvise, and we went from there. This was one of my earlier experiences using a motorized gimbal to shoot – it’s now one of my favorite tools! 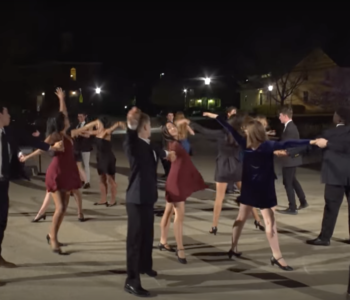